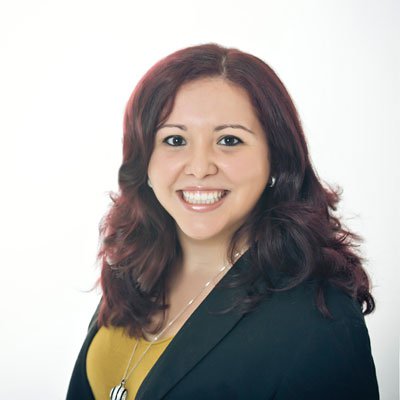 Paty Perea is an alumna of High Jump’s Cohort 11 and the Latin School of Chicago. Paty has had a love for inspiring students in achieving their educational goals throughout her entire career, beginning with volunteer tutoring roles for kindergarten and 6th grade students during in-class and afterschool programming.

After graduating from High Jump’s program, Paty became a Teacher’s Assistant as early as 2003, first helping with Algebra, and later with Issues & Ideas. Then, in 2009, she became the Recruitment and Alumni Relations Officer, working to collaborate with local schools, coordinating the High School Fairs, and exceeding recruitment goal targets. After four years in that role, she moved on to Program and Alumni Relations Coordinator, managing the University of Chicago Laboratory Schools Campus and all the operations, budget, staffing, and partnerships that allowed the new campus program to be successful. Paty advanced in her role to Lab Campus Director, overseeing thirteen part-time teachers, twelve part-time alumni teaching assistants, and serving including one hundred twenty families.

Her most recent promotion in 2017 allowed her to make an even bigger impact by assuming the role of Program Director, managing the annual budgets for all three campus sites – Latin Campus, Lab Campus, and Parker Campus – and overseeing the other Campus Directors and Alumni Relations Manager. She now works closely with the Advancement Director and Executive Director to create strategies and goals for annual planning and participates in developing strategic initiatives and program evaluation monitoring throughout the year.