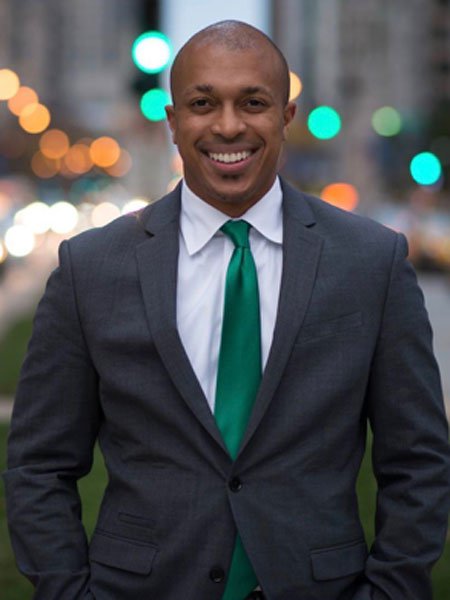 "From the curriculum to the friendships established, I always tell anyone who asks that the foundation for my success was High Jump."

Nick was an academically ambitious middle school student at Kate Starr Kellogg Elementary in the West Pullman neighborhood. Nick’s parents wanted their son to grow and be challenged on an academic and social level, and that’s why he joined High Jump. With the support of High Jump’s academic enrichment programming and mentorship, Nick went on to Brother Rice High School, a prestigious Catholic all male college preparatory school in Chicago. He later received his Bachelor’s degree at the University of Illinois Urbana-Champaign with a degree in Print Journalism and his Master’s degree in Public Affairs Reporting from the University of Illinois in Springfield. In his professional career, Nick worked as a journalist for the Los Angeles Times and Baltimore Sun, a reporter for Chicago’s PBS station WTTW, and the Director of Communications at Navy Pier, Inc. as the Director of Communications. Nick currently serves as the Director of Communications and Public Affairs for the office of Cook County Board President Toni Preckwinkle and is a strong advocate and community leader in Chicago.