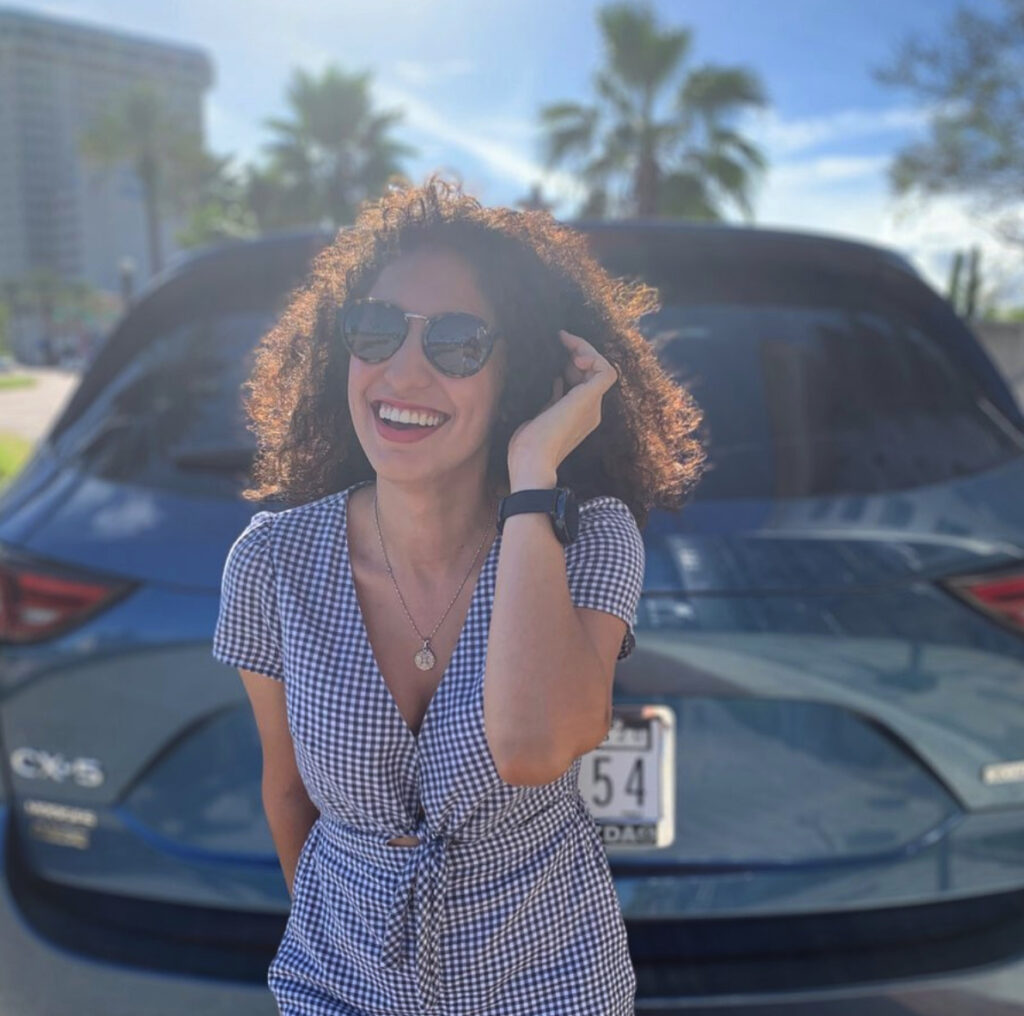 Jessica is a High Jump alumna who was part of Cohort 22. “As I’ve grown up, I’ve realized how lucky I was to be part of High Jump. It was the beginning of where everything has happened for me. It’s where I learned the tools I still use today, and it’s where I found a support network of peers, teachers, and faculty that have been there to help me ever since.” With High Jump’s support, Jessica attended and graduated from The Latin School, which was a dream of hers. “Getting accepted to Latin was one of the best days of my life because I knew how much that would mean to my future. None of this would have been possible without High Jump.” In fact, Jessica found the High Jump experience so valuable, she returned as a TA in her sophomore year.

“Being a TA was great. Connecting with students, helping them – but also just seeing what’s on their mind and how I can relate to them, sharing the things I learned along the way about teacher’s expectations and being a self-advocate.”

After graduating from Latin, Jessica studied Public Policy at the University of Chicago. She graduated in June 2020 after completing her dissertation, which focused on the experiences of low-income students in academically rigorous institutions, something she had experienced personally. She interviewed students who fit the profile and produced policy recommendations for the university. Finishing her thesis produced mixed feelings: on one hand, she was relieved it was over, but on the other hand, she knew there was little chance that her work would create real change. But she had built up a lot of personal connections and research on the topic and had her own experience of being a first-generation graduate, so she decided to take a big next step: writing a book that would give first-generation, low-income students the tools they needed to be successful in college.

She took a Georgetown course on book-writing and then fine-tuned her message into a five-part book called Spread Your Wings and FLI. “This book is primarily for first-generation, low-income students planning to attend any type of institution – private, public, or community – or for faculty and advisors who want to be informed on how they can be most helpful to this population of students. The content is divided by year, with advice on what to focus on and prepare for as students progress through college – topics like building relationships, preparing for grad school, networking, finding community, financial literacy, and more. The tools in this book all come from things I learned at High Jump – it all comes back to that,” she says. For the first 30 days, the e-book is just $0.99 to help make the book more accessible for first-generation, low-income students.

To get her book out into the world, Jessica raised pre-order publication funds through Indiegogo. “It felt strange to write about low-income students and then ask for money. But I was pleasantly surprised by how many people were passionate about first-generation students. Many were willing to step up and sponsor a book for a student or connect me with other people who could support me,” she says.

Jessica likens the process of writing this book to her decision to become a TA at High Jump. “With both, there’s that aspect of going back and giving back the same resources and knowledge that were once given to me. I reached out to my own TA when applying to colleges, and she shared information about what life would be like on campus. Giving back is so important. With this book, I wanted to do something that would be helpful to a population of students that I’ve been involved with and identify with. I always had the High Jump student in my mind while writing, because this is a community that has advocated for me from middle school through after college!”

This book is just the beginning for Jessica. She’s currently participating in a program for entrepreneurs on building a brand, with a goal to build upon the book’s foundation and empower more low-income families through topics like budgeting, financial literacy, and education. She’s also considering graduate school. Whatever Jessica does next, she knows that her High Jump community will support her.

“The friends I’ve made at High Jump have turned into my best friends and people I trust to be there for me. And High Jump has motivated me to do anything in my power to be successful in life and give back to my community.”

You can help more students like Jessica pursue their dreams with High Jump’s help!